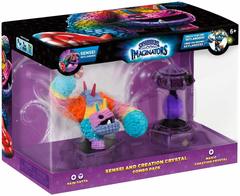 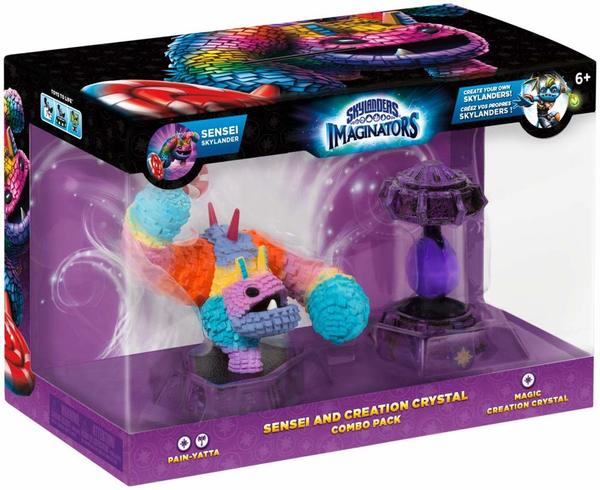 UNLEASH YOUR IMAGINATION Kaos has discovered the ancient power of Mind Magic and is using it to create an unstoppable army of Doomlanders! Eon is calling upon all Portal Masters and Skylands' greatest mystic warriors, the Senseis, to stop Kaos and his minions. Now, you must use the power of your imagination to create your own Skylanders to battle in the ultimate adventure alongside the almighty Senseis to save Skylands. The Sensei Skylanders are each masters of different fighting styles and secret battle techniques.  For many years, it had been their mission to explore the furthest reaches of Skylands, searching for potential heroes to train in the fight against evil.  Now, with Kaos using Mind Magic to create villainous Doomlanders, Master Eon has summoned the Senseis to return and lead a new generation of heroes into battle - the Skylander Imaginators! Experience an epic adventure with the Creation Crystal & Sensei Skylanders Combo Packs. Play as Sensei heroes or villains as they join forces to save Skylands Create and play with your own Imaginator Skylanders Master of one of ten Battle Class Types - each with its own unique weapons and powers Harness the power of the Senseis to make your Imaginators Skylanders stronger Senseis unlock special gear and parts for your Imaginator Skylanders Sensei Skylanders are the Ultimate Masters of the Almighty Sky-Chi Powers Senseis unlock powerful new treasures with Battle Gongs, Sensei Shrines and Elemental Realms Bring the Skylanders to Life! and create the ultimate team with over 30 Skylanders to collect and infinite possibilities to create. All Skylanders Spryo's Adventure, Skylanders Giants and Skylanders SWAP Force, Skylanders Trap Team, Skylanders SuperChargers toys work in the Skylanders Imaginators video game. Skylanders Imaginators Creation Crystal & Sensei Combo Pack includes: 1 Skylanders Figure & 1 Creation Crystal.