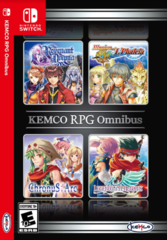 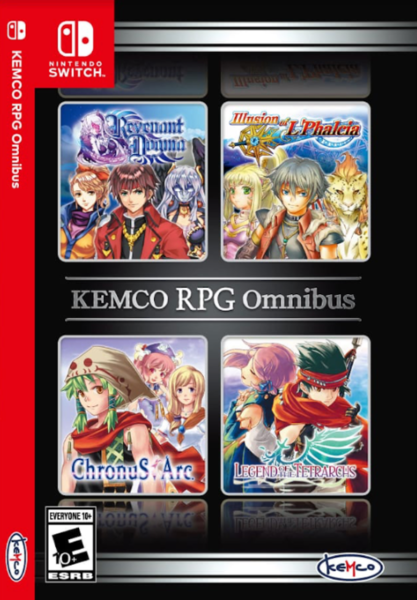 Revenant Dogma
Caine enters a ruins site in search of a feral relic said to be left behind by the gods and meets a mysterious girl in a mask.
This strange encounter becomes the catalyst of a grand scheme that will change the worlds of humans and therians.
Will this new-found power lead to prosperity or destruction?
Have a 3D battle experience full of ambience featuring transformations that enable various skills and Bursts that can deal massive damage.
Weapons can be customized to increase their power or be imbued with various effects.
Explore dynamic, constantly changing dungeons, take on many subquests and open up your path in a grand adventure!

Illusion of L'Phalcia
The Sword of Amal, a legendary treasure said to grant any wish. Ryser is traveling around the world as a seeker with his buddy, Cougar, from the Leopard clan, in search of this artifact of legend. Their journey will lead them into fateful encounters with both allies and rivals only to find a mysterious truth awaiting at the end of their adventure.
Overwhelm your enemies with beautifully animated skill chains and magic in turn-based 3D battles! Acquire Gems throughout the adventure and attach them to a character's Rune like a puzzle to enable learning magic, as well as gaining status boosts. Explore the unknown through dungeon crawling, subquests and many other challenges!

Chronus Arc
On their way to the Chronus Shrine to get the Chronus Fragments, Loka and his teacher Teth are surrounded by a mysterious man named Geppel and his gang. They demand the Fragments. While Teth plays for time, Loka rushes out of the cave on his own to fetch reinforcements. He is successful, but Teth and Geppel are nowhere to be found.
Aiming to gather information about his missing teacher, Teth, Loka decides to set out on a journey with his friend Sarna.
The game features familiar quests, but also dungeons filled with puzzles to solve, and characters who grow and can be developed as the story progresses with the class change system. Additional elements such as dungeons and special items are available for extra fun!
Don't miss out on Loka and his friends' grand adventure!

Legend of the Tetrarchs
The holy sword that sealed away an ominous power has been drawn out and darkness starts to spill out across the land, mutating people into monsters. The four Tetrarch heroes of ancient times will meet a new band of brave warriors to slash through the darkness with the light of courage! What will they find beyond the chaos?
This is a full-fledged fantasy RPG with thrilling turn-based battles. Throw yourself into command battles with up to 10 allies and your own strategy using skill sets. The beautiful pixel animation and art aren't just present in combats but also while you adventure around the expansive openworld or dungeons!