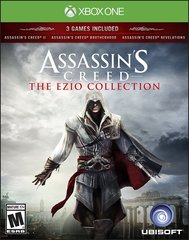 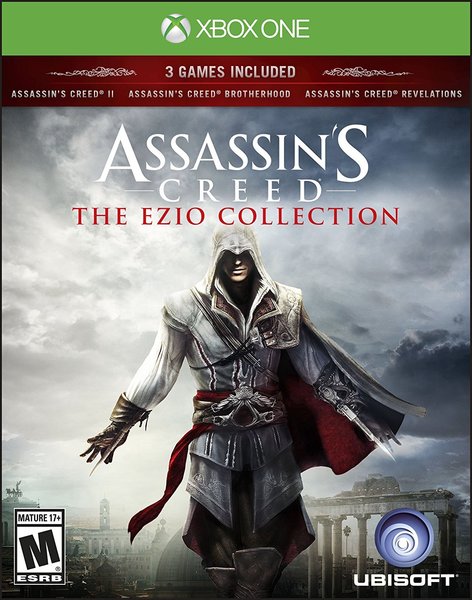 ​A legend is reborn and remastered for existing fans and newcomers alike! Live the complete saga of Master Assassin Ezio Auditore da Firenze, the most fabled leader of the Brotherhood of Assassins, as you seek vengeance for the betrayal of your family in a time of greed, corruption, and murderous conspiracy. Including three of the most critically-acclaimed titles in the storied Assassin's Creed franchise, and featuring over 80 hours of gameplay remastered in stunning 1080p and at 30 fps, The Ezio Collection brings these enduring adventures to life like never before on next-gen consoles. Includes: - Assassin's Creed II - Assassin's Creed Brotherhood - Assassin's Creed Revelations - All single-player add on content packs for the three games.