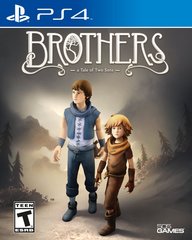 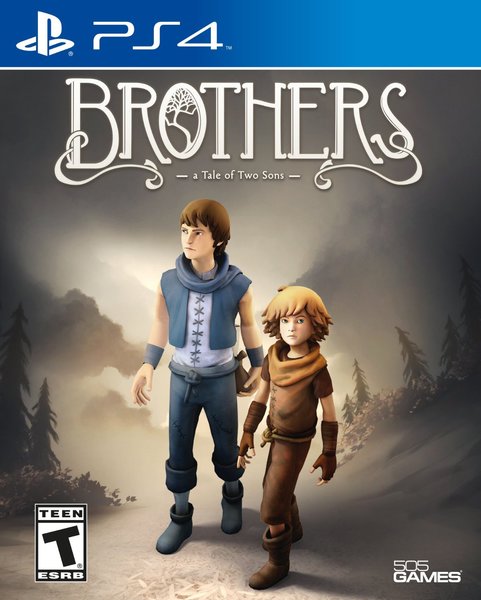 FATHER'S DAY SALE - Simply purchase this and another promotional title (2 for $69) to get OMEGA QUINTET and MIGHTY NO. 9 FREE!

Brothers, A Tale of Two Sons is developed by Starbreeze Studios (developer of Payday 2) and published by 505 Games.

This game was launch on the previous gen consoles as well as PC and had nominations for Best Story and Best family game. They took the award for Best Innovation. They received a 85/100 rating on Metacritic.

This is game is of the puzzle genre.

It tells a story of 2 brothers going on an adventure solving puzzles, exploring varied locations, and fighting boss battles.

- Experience co-op play in single player mode: Control both brothers at once, one with each thumb stick.
- Includes special content: Concept Art, Directors Commentary and Soundtrack.
- Live the adventure as you follow Brothers on their journey: Solve puzzles, explore the varied locations and fight boss battles.
- Winner of multiple Game of the Year awards: Brothers - a Tale of two Sons as won a multitude of prestigious awards since its launch, including DICE Award 2014 for - Downloadable Game of the Year and BAFTA Award for Game Innovation 2014. 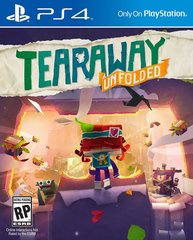