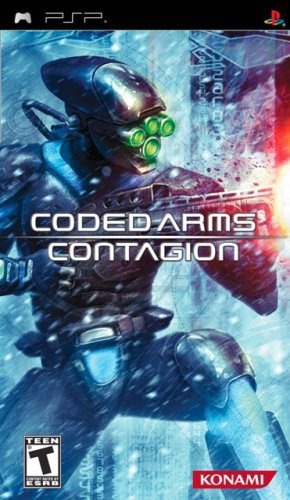 Coded Arms Contagion thrusts players into a new cybernetic crisis where they must use their hacking abilities and an arsenal of high-powered weaponry to survive. As a lone security agent, players will enter A.I.D.A., a virtual reality military training program, to prevent cyber-terrorists from taking control of the program and gaining access to classified military information. Across a variety of enclosed and open-air levels, players will take on original enemies with an all-new selection of firearms and explosives that lets them counter the terrorist menace with more firepower than ever before. Up to eight players can go head-to-head in the game’s new online multiplayer modes.