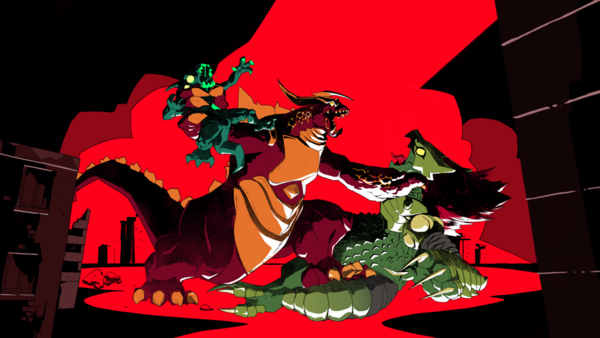 Dawn of the Monsters

Dawn of the Monsters is a co-operative kaiju beat-em-up. Players take control of powerful monsters in order to take on the evil “Nephilim”- a horde of creatures that are hellbent on destroying the planet. Liberate four major metropolitan areas- from Toronto to Tokyo in this epic action game.

Featuring beautiful 2.5D graphics inspired by the works of Mike Mignola, bone-crunching combat with the depth of a fighter, RPG upgrades, and fully destructible environments. Couch co-op is bigger and badder than ever before.