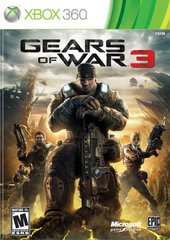 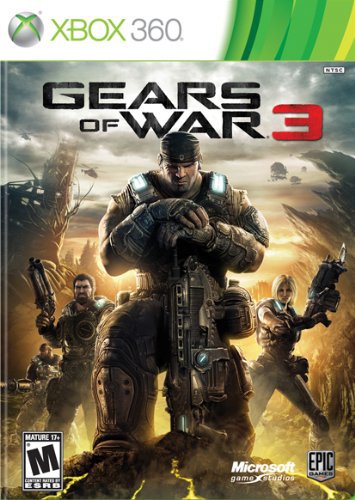 Gears of War 3 will feature four-player co-op for the first time in the series.A fully controllable mech suit, called a Silverback, will be available for use in certain parts of the game, armed with a machine gun and rocket launcher. They have two operating modes, in assault mode it is controlled like a standard character, in stationary mode, they lock into position and deploy their armor, as well as cover for other Gears from their legs.

The player will once again play as Marcus Fenix, although at several points throughout the game, control will change to other characters.

There will be several new Locust enemies in the game, including the Savage Grenadier, the Savage Theron, the Digger Boomer, the Locust Siege Beast and the Kantus Knight, as well as the return of the Berserkers (both ordinary as well as Lambent). Additionally, the game introduces the new Lambent enemies, such as Drudges, Polyps, and Lambent Stalks. There will also be new weapons; the Retro Lancer (a Lancer with a bayonet as opposed to the chainsaw attachment that fires slower), the Digger Launcher (a gun that launches small digging creatures through the ground at high speeds that explode), the Sawed-off Shotgun, Incendiary Grenades, the One Shot (a heavy sniper rifle that, as the name suggests, kills enemies in a single shot), the Vulcan (a machine gun that requires two Gears to operate, one for the gun and one for the ammo) and the butcher's cleaver.

Three new playable female characters will be introduced: Samantha Byrne, Anya Stroud and Queen Myrrah, Other new playable characters include Jace Stratton, a battle-hardened soldier who appears in the comic series and is mentioned in the second game, and Griffin, leader of a group of human survivors called the Stranded. Canadian rapper/singer Drake is reported to be voicing Jace. Hip-hop star Ice-T will voice the character of Griffin, while actress Claudia Black will be the voice of Samantha.

There will also be an enhanced progression system with players able to gain experience and level up through all modes, including the campaign. the final level is 100, as announced at the Horde 2.0 G4TV interview. Also, in this interview, weapon swapping, money swapping, and ammo swapping was confirmed.