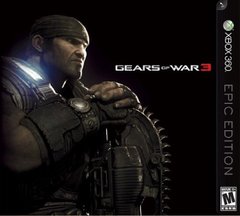 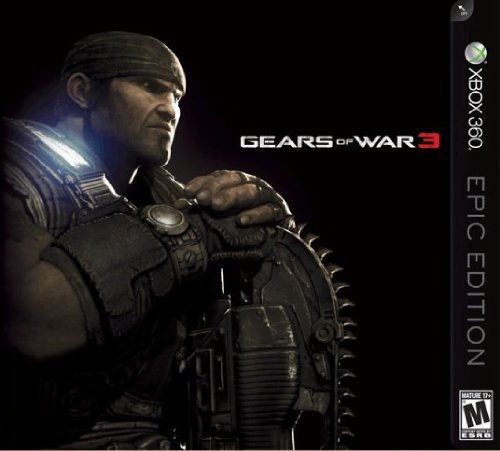 Gears of War 3 is the spectacular conclusion to one of the most memorable and celebrated sagas in video games. Developed by Epic Games exclusively for Xbox 360, Gears of War 3 plunges you into a harrowing tale of hope, survival, and brotherhood.

n Gears of War 3, fight on as Marcus Fenix, the grizzled war hero and leader of Delta Squad. Eighteen months after the fall of the last human city, the war against the Locust rages on. Meanwhile, deep beneath the surface, a fearsome new threat is infecting the planet from within. With survivors scattered and civilization in ruins, time is running out for Marcus and his comrades as they fight to save the human race. The Epic Edition includes a Marcus Fenix statue, an artbook for the game, multiplayer skins for the game's five starting weapons, plus all the content of the Limited Edition (which includes an Octus Service Medal, an exclusive unlockable Adam Fenix multiplayer character, a fabric COG Flag, and the personal effects of Adam Fenix, including his "Last Will and Testament", the initial Hammer of Dawn schematic, and other Fenix family mementos.