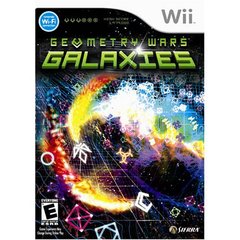 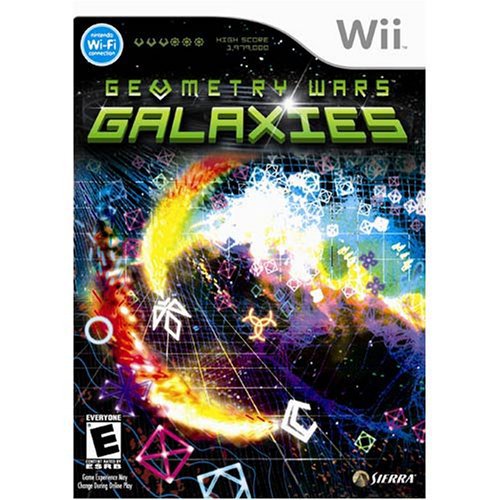 The Geometry Wars: Galaxies videogame allows players to blast-off on action-paced quests across the galaxy, defending solar systems one by one, defeating waves of alien enemies on new and classic Battle Grids.

For the first time ever, the Geometry Wars videogame will let players battle via hot seat, co-op, simultaneous and versus in multiplayer mode. Those that own both the Nintendo DS and Wii can link the game together using Wi-Fi to unlock bonus content. Elite players will be able to challenge the universe by posting high scores on the Wii’s online leader board.