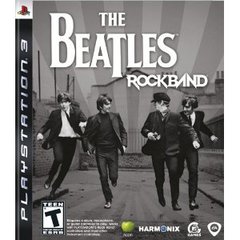 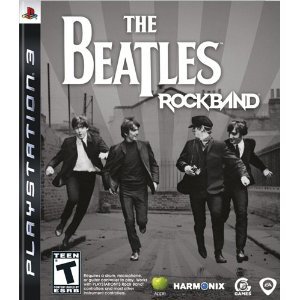 The game represents the first time fans will be able to experience The Beatles’ musical career for themselves. From the early touring days in 1963 Liverpool to the immortal, final performance on the Apple Corps rooftop, fans can follow in the band’s footsteps as they traverse the globe during the height of Beatlemania. Adding to the experience is the introduction of three-part vocal harmonies to game play, allowing gamers to revel in the unparalleled vocal stylings of the Fab Four.

Beatles fans will also be thrilled to hear previously unreleased authentic voice recordings from John, Paul, George and Ringo chatting between takes during studio sessions recorded at Abbey Road more than four decades ago. The game begins during the band's earliest days at The Cavern Club in Liverpool, England. Gamers then travel across the Atlantic to experience the band's unforgettable 1964 performance on The Ed Sullivan Show, the sold-out concert at New York’s Shea Stadium in 1965, and conclude at The Beatles’ memorable concert at Budokan in Tokyo, Japan in 1966.

The Beatles' studio years come to life in legendary Studio 2 at Abbey Road Studios. Highlighting the studio years are inspired artistic visual expressions known as Dreamscapes, intended to transport players to imaginative environments that capture the essence of The Beatles’ genre-busting musical and fashion transformations during their later years. The game follows The Beatles to 1969 where story mode culminates with their final performance on the rooftop of the Apple Corps Headquarters.