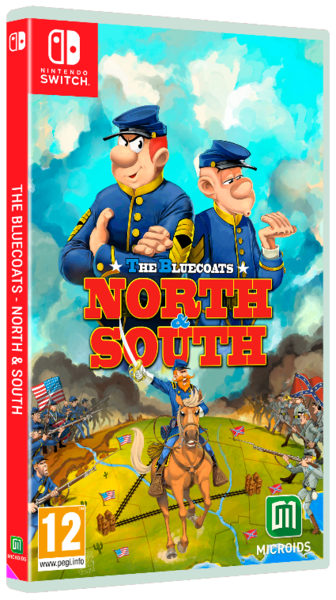 GAMEPLAY:
The player turn is divided as follow:
- Train is moving from fort to fort carrying gold that adds-up to the player’s current stack of gold.
- Strategic phase: the player moves its units on the squared map, can purchase fresh battalions or strategic bonuses in the shop using gold received from controlled forts.
End of turn: the storm moves. Probability that Native American / Mexicans attack a battalion.

- Battle phase: Union & Confederate armies clash in a real time battle. Each side are using the same units: The battle ends when one army has been destroyed or has retreated from the battlefield.
The winner of the battle gains/maintains control of the assaulted State.

Customizable experience: set the starting year that will influence the available resources and starting positions; turn tactical map features on and off.

2 players mode in which battle phases are auto resolved