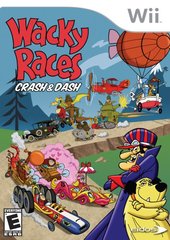 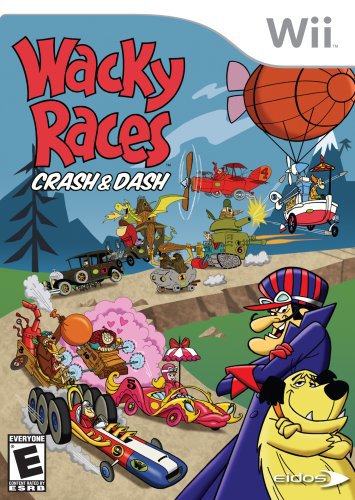 Wacky Races: Crash & Dash is an action racing game like no other, with fun-filled environments, crazy cars and hilarious characters. The game features all the characters and cars from the TV series including old favorites: Turbo Terrific driven by Peter Perfect, the Ant Hill Mob in their Bullet Proof Bomb, Penelope Pitstop, and the Mean Machine driven by Dick Dastardly and his sidekick, Muttley. Players join Dick Dastardly and the gang, racing across a variety of action-packed and colorful cross-country rallies from the TV series. Racers watch out for traps and speed ahead to win the ultimate title of World¿s Wackiest Racer! Wacky Widgets are collected during the race to gain ¿Wacky Powers,¿ as well as a character¿s super-special ¿Way Out Wacky¿ power, which can be used to gain the upper hand over sly opponents.